Update 11/17/17 Thank you to all that donated. With your donations Loki was able to have her bladder drained and the pressure and tension relived. She was also able to have the diagnostic tests to see why the bladder was so large and why she could not urinate. There is a large mass at the exit of the bladder and that is causing the problem. They have a initial plan of care and treatment that will hopefully shrink the tumor and she will have a follow up after the weekend.

Loki was found in a box at just a few weeks old, and was turned into the Charles County humane society. I fostered her until she was old enough to be adopted. Because she was weaned from her mother too soon, Loki had worms, mange, and other health problems that plagued her first two years. She never went through the puppy phase. 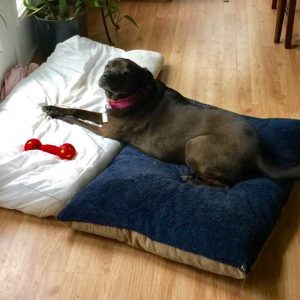 She is now eight years old and starting to grey around her eyes. 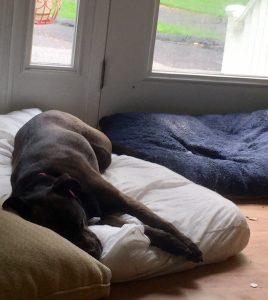 For several weeks, she has been struggling to urinate. She soils her bed, but can’t pee normally. Her vet gave her antibiotics but no improvement. Today she got and x-ray and they found her bladder is three times its normal size, so we were sent to the pet ER for more tests. Loki is universally regarded as a very sweet dog. She loves to swim and run on the beach. She is always smelling and exploring the world, and sleeps in front of the glass door so she can keep an eye on everything. I can’t imagine not having Loki in my life. 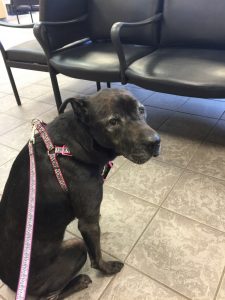 Any help we can get to be able to pay for her care is much appreciated.