Recently I rescued Charles, a 5 month old standard poodle from a neglectful home thinking he was in need of some TLC and he would be okay however, after my first veterinarian visit this was not the case. Due to multiple infections that we’re obvious on the veterinarian physical exam and Charles’ affect, the veterinarian wanted to do blood work just to verify everything was okay. Unfortunately, the first set of labs work showed elevated GGT levels and my veterinarian was concerned for a liver shunt, after treatment on antibiotics she wanted to repeat the test. Which again resulted in elevated levels, a week later we completed a bile acids test that showed to be slightly elevated. With the level of elevation in this test the pathologist decided that the cause was just a bacterial overgrowth that would be easily treatable. Two weeks pass by and Charles began to play like a normal puppy and even took up learning sit, stay, lay down and paw all in that short period of time. Unfortunately, the odds were not in our favor and this past week he had 10 episodes of vomiting which drove me to take him to the emergency vet, they provided medication to hold him over until he could get into see the regular veterinarian where they did an x-ray and more blood work, with a second set of eyes both veterinarians are concerned for a liver shunt at this point. He has been vomiting smaller amounts since the medication but still has multiple episodes a day. This Sunday (2/26/17) someone i know is going to do an ultrasound, for a much lower price than the specialist,  to hopefully be able to diagnose the liver shunt officially. If he is able to see the shunt clearly the next step will be surgery, if he can not then we will be sent to a liver specialist in hopes to find the source of the problem. At this point i have exhausted all my funds and am trying to do everything in my power to get this little guy a normal life and am looking for help in order to get him all better. 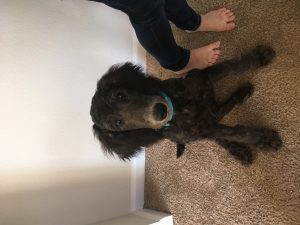 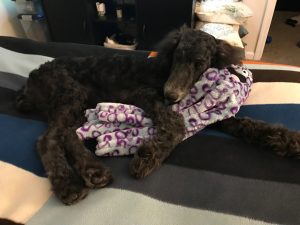