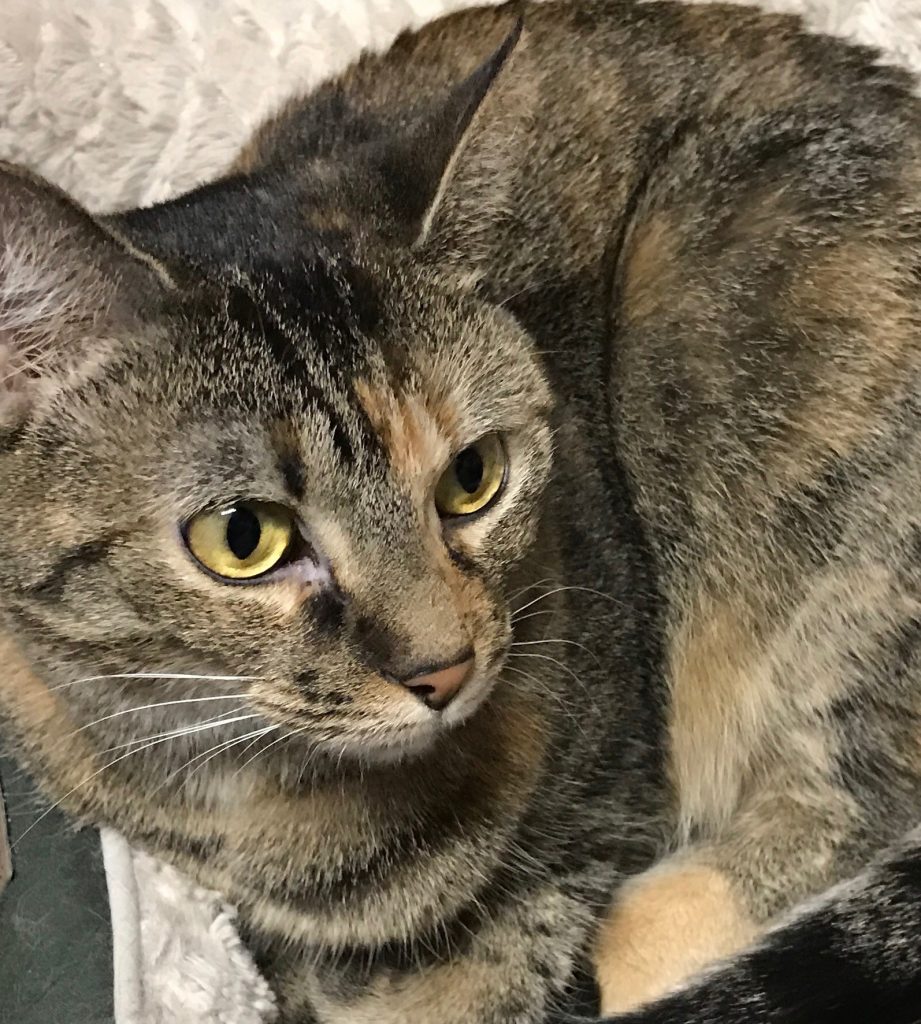 Cama is my grand-kitty. She’s staying with me for a year while my son recovers from a bone marrow transplant. All was going well, until she found the fishing poles stored in the basement and ate some line. I had no idea until she began passing the line. She became very ill. An x-ray showed that a metal line connector from the line was also consumed and was still in her stomach. So much of my money goes to help my son with his living and medical expenses now. He is recovering well, but is on an unpaid leave from his job. The cost of the surgery is more than I have. Credit care was helpful, but still leaving a $1,000 shortage. If you can, please give so Cama can have this care she needs, and return home to my son next year. I appreciate anything you can give.